The story of Orpheus comes from Greek mythology, as his music would be powerful enough to charm animals and make trees dance. His mournful songs would make mythical creatures like Sirens and even the gods weep. Even the god of the Underworld, Hades, felt such remorse for Orpheus' music that he allowed him to bring back his wife to the surface.

This vocal ensemble is a large beginning choir, designed for those who have never sung in a choir before. The group learns basic music theory and performs arrangements for easy to medium level of difficulty for choral music of varying styles throughout the school year. The potential in every student shows as they learn not only music and other languages, but a community that they build strong together.

Performance venues are at Cathedral City High School as well as at other school sites throughout the local district.

This vocal ensemble performs at the 4 main concerts of the year. 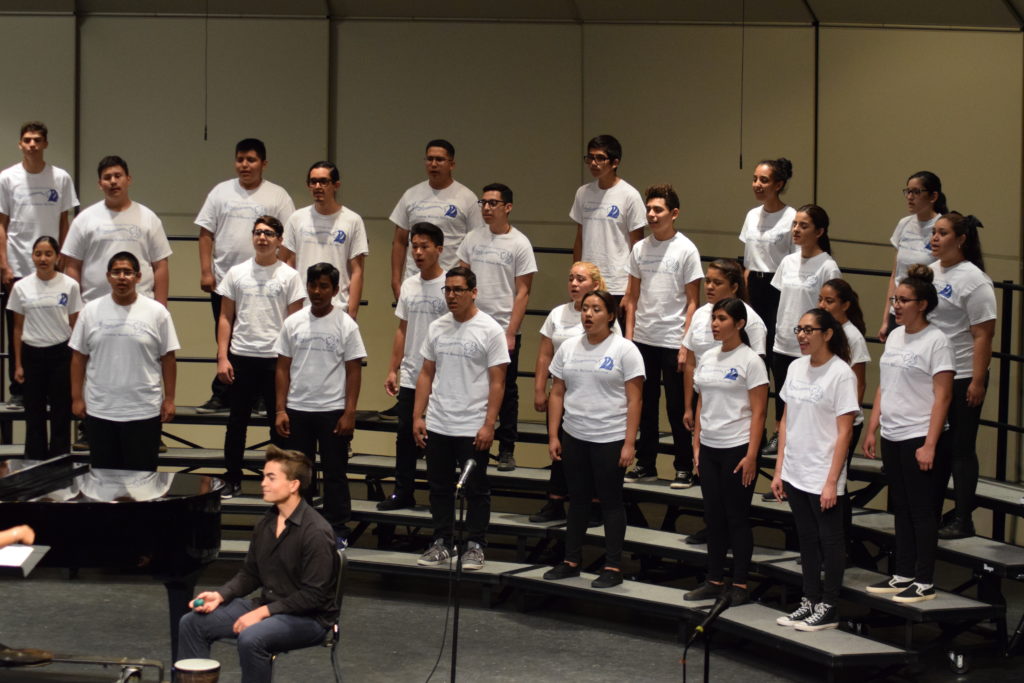